Somatopologies (materials for a movie in the making)

Somatopologies (materials for a movie in the making)

Somatopologies consists of texts and 3D-renderings with diverse densities, selected from the Possible Bodies Inventory. Each of them wonders from a different perspective about the regimes of truth that converge in volumetric biomedical images. The materials investigate the coalition at work between tomography and topology that aligns math, flesh, computation, bone, anatomic science, tissue and language. When life is made all too probable, what other “bodies” can be imagined? In six sequences, Somatopologies moves through the political fictions of somatic matter. Rolling from outside to inside, from a mediated exteriority to a computed interiority and back, it reconsiders the potential of unsupervised somatic depths and (un-)invaded interiors. Unfolding along situated surfaces, this post-cinematic experiment jumps over the probable outcomes of contemporary informatics, towards the possible otherness of a mundane (after)math. It is a trans*feminist exercise in and of disobedient action-research. It cuts agential slices through technocratic paradigms in order to create hyperbolic incisions that stretch, rotate and bend Euclidean nightmares and Cartesian anxieties. 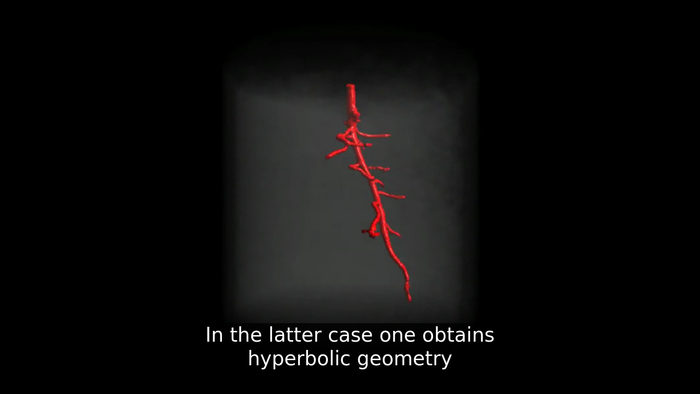 Non-euclidean geometry is what happens when any of the 5 axioms do not apply. It arises when either the metric requirement is relaxed, or the parallel postulate is replaced with an alternative one. In the latter case one obtains hyperbolic geometry and elliptic geometry, the traditional non-Euclidean geometries. When the metric requirement is relaxed, then there are affine planes associated with the planar algebras which give rise to kinematic geometries that have also been called non-Euclidean geometry.[1] 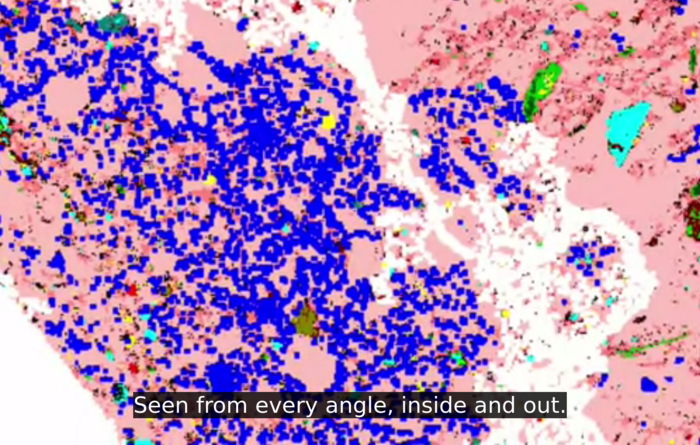 No one knows her name. Or why she ended up here. On the internet. In classrooms. In laboratories. Cut into thousands of slices. Picked over and probed. Every inch analyzed and inspected by strangers, around the world. She is the most autopsied woman on earth. The world’s one and only Visible Woman has revealed everything for the sake of Modern science. Except ... her identity.[2] 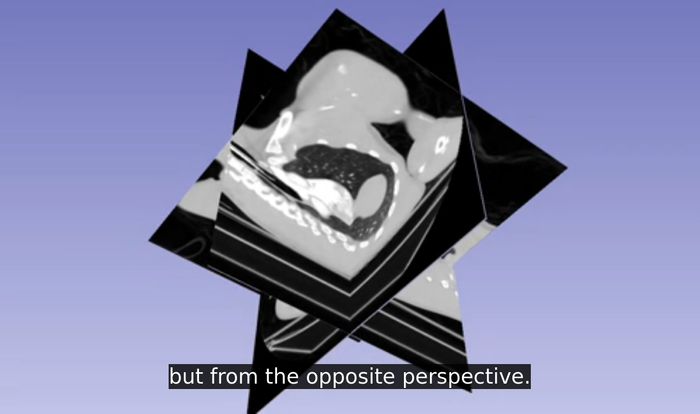 A new term, one that has been missing for a long time: “circlusion”. It denotes the antonym of penetration. It refers to the same physical process, but from the opposite perspective. Penetration means pushing something — a shaft or a nipple — into something else — a ring or a tube. Circlusion means pushing something — a ring or a tube — onto something else — a nipple or a shaft. The ring and the tube are rendered active. That’s all there is to it.[3] 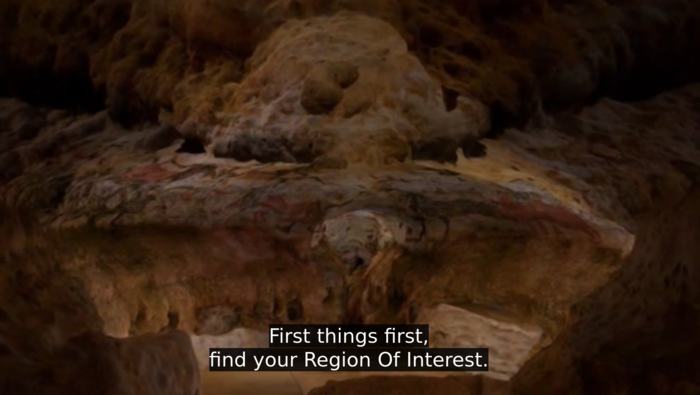 First things first, find your Region Of Interest. (...) It is going to be available in all planes. Yours is not going to look like this, it might look like this: so that it surrounds the entire image. If that is the case, what you are going to do now, is drag in all four sides, so that you have basically isolated your Organ Of Interest. And you are going to do that for all the different planes as well, just so you know that we are going to get exactly what we are asking for.[4] 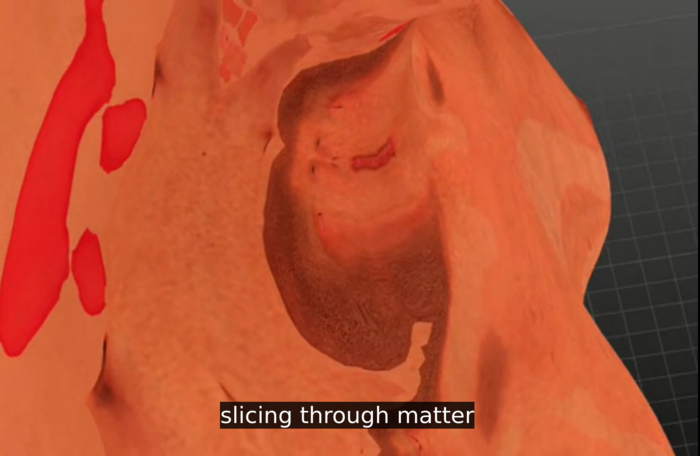 Now they all moved together, more-than-human components and machines, experiencing an odd sensation of weightlessness and heaviness at the same time. Limbs stuck to the wall, atoms bristled. Bodies first lost their orientation and then their boundaries, melting into the fast turning tube. Radiating beams fanned out from the middle, slicing through matter radically transforming it with increasing intensity as the strength of circlusion decreased.[5] 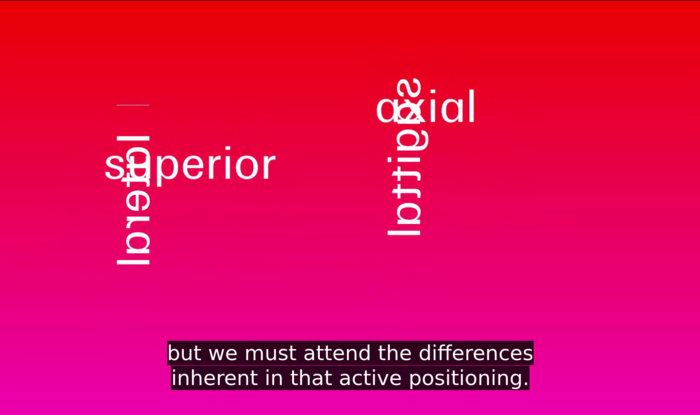 Closer, further, higher, lower: the body arranges itself in perspective, but we must attend the differences inherent in that active positioning. The fact that we are dealing with an animation of a moving body implies that the dimension of time is brought into the conversation. Displacement is temporary, with a huge variation in the gradient of time from momentary to persistent.[6]

Documentation of the installation